The Frack Free Future campaign and acclaimed WA director Richard Todd have unveiled television advertisements featuring two of WA’s most well-known identities Tim Winton and ex-Premier Carmen Lawrence, warning voters about the risks of gas fracking to water supplies and communities in the lead up to the election. 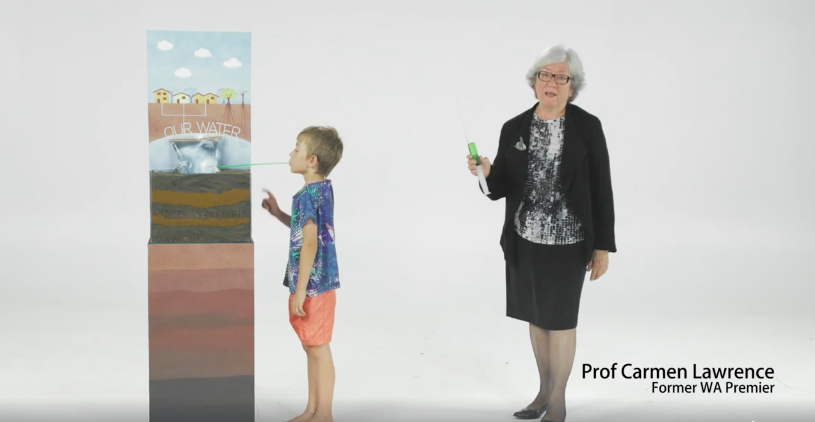 The TV ads support a social media campaign combined with community events, letter-boxing, door-knocking, phone banking, and hundreds of yard signs targeted in in key marginal seats. Voters are directed to find out where the political parties stand on the issue before casting their vote on the weekend.

A scorecard released by Frack Free Future gives the Liberal Party a ‘Fail’ on the issue for releasing fracking exploration leases across the State and allowing fracking to go ahead without an Environmental Impact Assessment.

Other parties have responded more positively to the campaign. WA Labor has pledged to ban fracking in the South West and place a moratorium on fracking across the rest of the State, the National party support fracking with veto rights for landholders, and One Nation say they do not support fracking in WA. The WA Greens support a statewide ban on fracking.

Having been Premier I know the challenge of plotting the best course for the State’s development, but the first duty of the Government is to guarantee the safety of West Australians. I’ve featured in this ad because fracking presents a serious risk to our water, our health, and our environment – unless and until it’s proved safe, we must ban it across our State.

Fracking has been banned or put on hold in Victoria, South Australia, and the Northern Territory, but WA is wide open to it. Our current Government is very supportive of fracking. If ordinary citizens don't take action now, the Kimberley could be industrialised, Traditional Owners and farmers will be overridden and undermined by frackers, and the State's precious drinking water will be compromised by thousands of gas wells.

“The incumbents seem to be keen to risk our water, agriculture, and our iconic tourist destinations by opening up a gas industry that has not proven the science.”

Frack Free Future Coordinator Jules Kirby said that this Saturday, West Australians have both a rare opportunity and an enormous responsibility to use their vote to protect WA from unconventional gas and fracking:

“Professor Lawrence and Tim Winton aren’t just speaking from their own positions of authority and acclaim, they’re lending their voices to a growing multitude of West Australians increasingly concerned by what the fracking industry could be about to do to their water, their health, and their State. This Saturday let’s join them both in voting for a frack free future for WA.”