The threat is real

The fracking industry has been granted numerous licence to drill through Western Australian groundwater supplies that include the Canarvon, Lesueur and Yarragadee Aquifers, which supply Perth’s drinking water and support regional communities across WA. With water availability already an important issue, WA is particularly vulnerable to aquifer depletion and contamination by unconventional gas. The increase in water required for a tight gas industry amplifies this issue.

The impacts have devastating consequences

In America, devastating impacts have been caused by fracking and unconventional gas mining. The United States Environmental Protection Agency released a major report (Dec, 2016) that details risks that will cause permanent damage to our clean water sources at every stage of the fracking process. 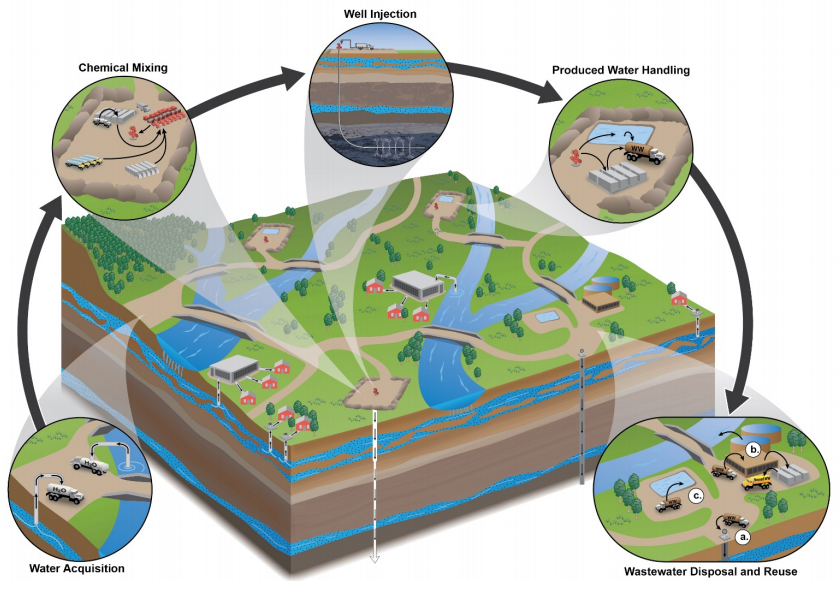 We do not have this water to spare

Each frack uses between 360 and 1,100 truckloads of water (or other fluids such as diesel in the case of Whicher Range in the South West of WA), as well as sand and tonnes of toxic chemicals. Large volumes of toxic waste water are produced in fracking operations with 15-80% of this waste returning to the surface and being stored in holding dams.These contaminants include heavy metals, radioactive materials, volatile organic compounds (VOC’s) and high concentrations of salts. Fracking waste water is usually disposed of through reinjection into aquifer formations, held in holding ponds for storage/evaporation, or partially ‘treated’ and reused or released into waterways. Leaking ponds, flood events or accidents during transportation can lead to contamination of local waterways and aquifers, threatening wildlife, agriculture and human health. (Ref: Lock the Gate WA.)

It’s extremely concerning that our previous government allowed fracking companies to drill through the aquifers that provide our household drinking water –  without a proper environmental assessment.