So, what's all the fracking fuss about anyway?

Western Australia has one of the world's largest reserves of gas trapped in rock deep below ground. The problem is, over 100,000 individual fracking wells would be required to extract this gas.

Hydraulic fracturing, or 'fracking', is a new onshore gas extraction technique that involves drilling pipes beneath the earth, then pumping vast volumes of chemicals, sand, and water at high-pressure to crack them to release the trapped gas.

Public opposition has been fuelled by a growing awareness of both the scientific case against the industry, and of the impacts on communities when the gas companies move in. Though little more than a dozen sites have been fracked so far in WA, we’ve already seen serious leaks and other mishaps in the Kimberley, Mid West, and South West.

News continues to spread of the appalling impact the industry has had in the eastern states and overseas. As a result, a growing number of governments have banned unconventional gas extraction and fracking because of the risks and impacts on public health, the economy, and the environment. 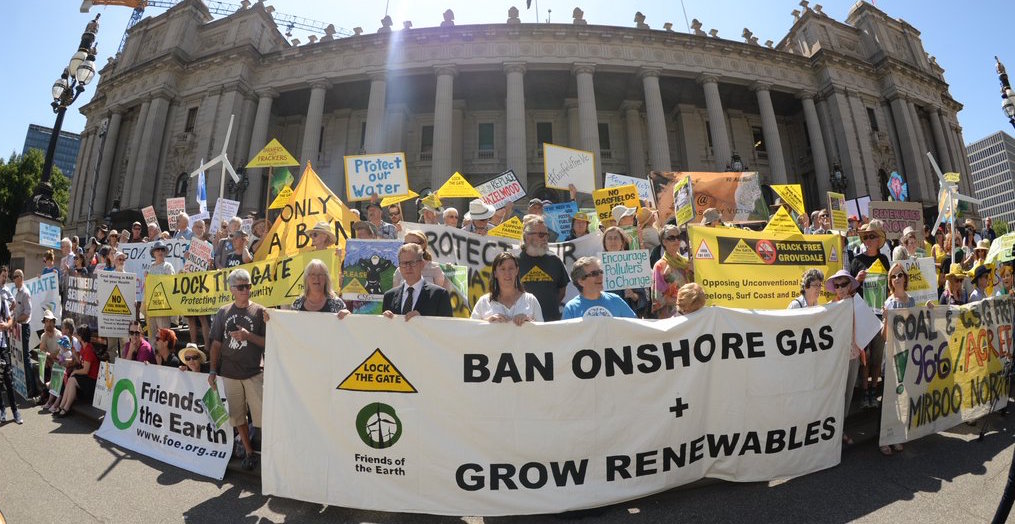