Conservation groups have welcomed the announcement of climate and renewable energy targets by Federal Labor leader Bill Shorten today, but warned that a decision by the WA Government to allow fracking would undermine the policies in the eyes of voters, by making Federal Labor’s climate change targets unachievable. 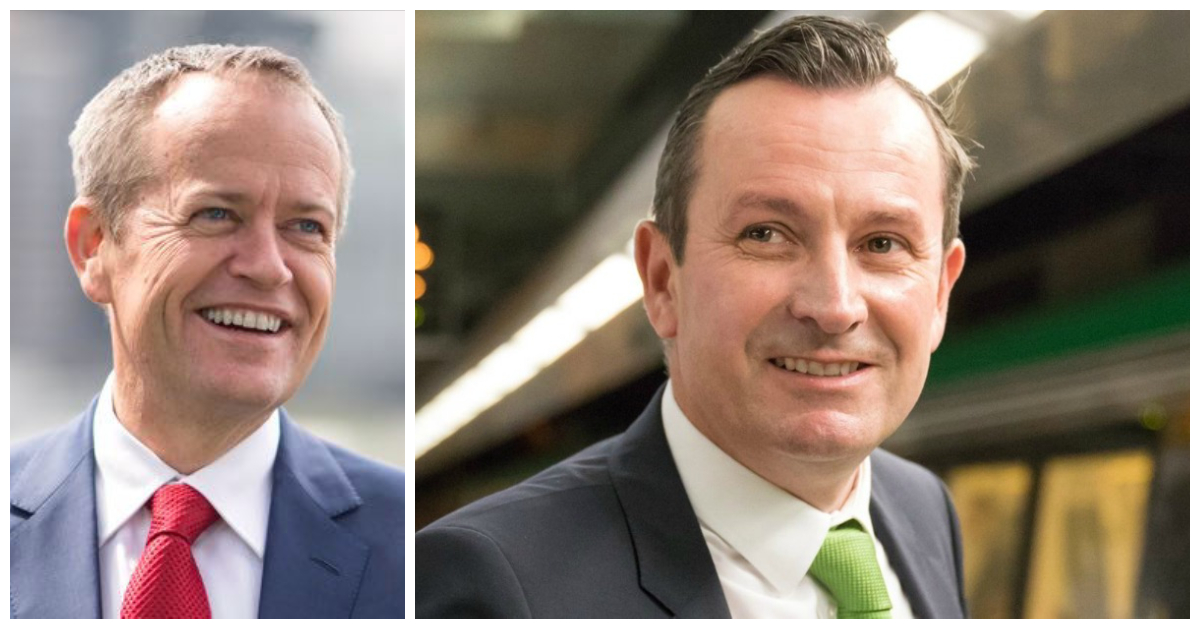 Bill Shorten has confirmed the Federal Labor policy of 50% renewable energy and 45% reduction in carbon pollution by 2030 will become the party’s election platform, in a move that clearly differentiates Labor on the issue of climate change and energy policy.

Conservation Council of WA (CCWA) Director Piers Verstegen congratulated Bill Shorten and Federal Labor for the policy, but warned it would be directly undermined if fracking were allowed to go ahead in Western Australia.

“The Federal Labor policy has the potential to deliver a major step forward on climate change, relief from spiralling energy prices, and to drive a nation-building transformation of Australia’s energy system.

“We call on the WA McGowan Government to get behind this positive agenda, rather than take our state in the opposite direction by allowing gas fracking.

“The McGowan Government is currently considering whether to allow one of the world’s largest and most polluting undeveloped fossil fuel basins to be opened up to the fracking industry. This would be a huge blow to global climate action and would totally undermine the credibility of Bill Shorten’s centrepiece climate and energy policy.

“The huge increases in carbon pollution that would result from fracking in WA are totally incompatible with Bill Shorten’s positive plans to transform the economy and energy system, and tackle climate change.

“While fracking will produce expensive and polluting gas, which is not needed in WA, Bill Shorten’s plans are to promote clean and affordable renewable energy and that is what the WA Government should be supporting.

“To allow fracking now in WA would be a slap in the face to Federal Labor, and would directly undermine Federal Labor’s climate and energy targets in the eyes of voters before the federal election.

“The community wants to see climate and energy policies we can believe in, not different Labor Governments pulling in opposite directions on these critical issues.”

Earlier this year, over fifty of the nation’s top climate scientists and experts called for a statewide fracking ban due to the impacts it would have on the climate.

Traditional Owners, unions, farmers, community organisations, and some of Australia’s best known voices have joined the campaign for a statewide fracking moratorium.

Mr Verstegen said, “The only voice supporting fracking, other than the gas industry itself, is the Pastoralists and Graziers Association (PGA) who are well known for their extreme free-market ideology and share an office with Gina Reinhart.

“We call on WA Labor to support the kind of responsible climate action that is being put forward by their federal counterparts, rather than the extreme views of the PGA.

“Polling shows that a statewide fracking ban has the majority support of voters across all voting groups, and is a major opportunity for the McGowan Government to secure goodwill from Western Australians that will benefit them in the polls for years to come.

“The alternative – opening up the state to fracking – will result in ongoing resistance and campaigning as communities fight to protect land and water resources from this toxic industry. That will undermine WA Labor’s record on environmental issues, and undermine Bill Shorten’s climate and energy policies at the next election.

“We call on the McGowan Government to get behind the nation building policies that Bill Shorten has outlined, and confirm it will not allow the development of a fracking industry that would put those goals directly at risk.

“The McGowan Government must partner with Federal Labor to focus on the development of WA’s world-leading renewable energy resources, to provide the jobs and economic opportunities that Western Australians want to see for the future.”