The Department of Mines and Petroleum (DMP) is holding its annual ‘Petroleum Open Day’ at the Hyatt throughout Thursday.

Concerned citizens - including business owners and members of farming communities from the MidWest, South-West and across the Perth Metro area – voiced their anger at the impacts of the fracking industry on groundwater, human health and other industries. 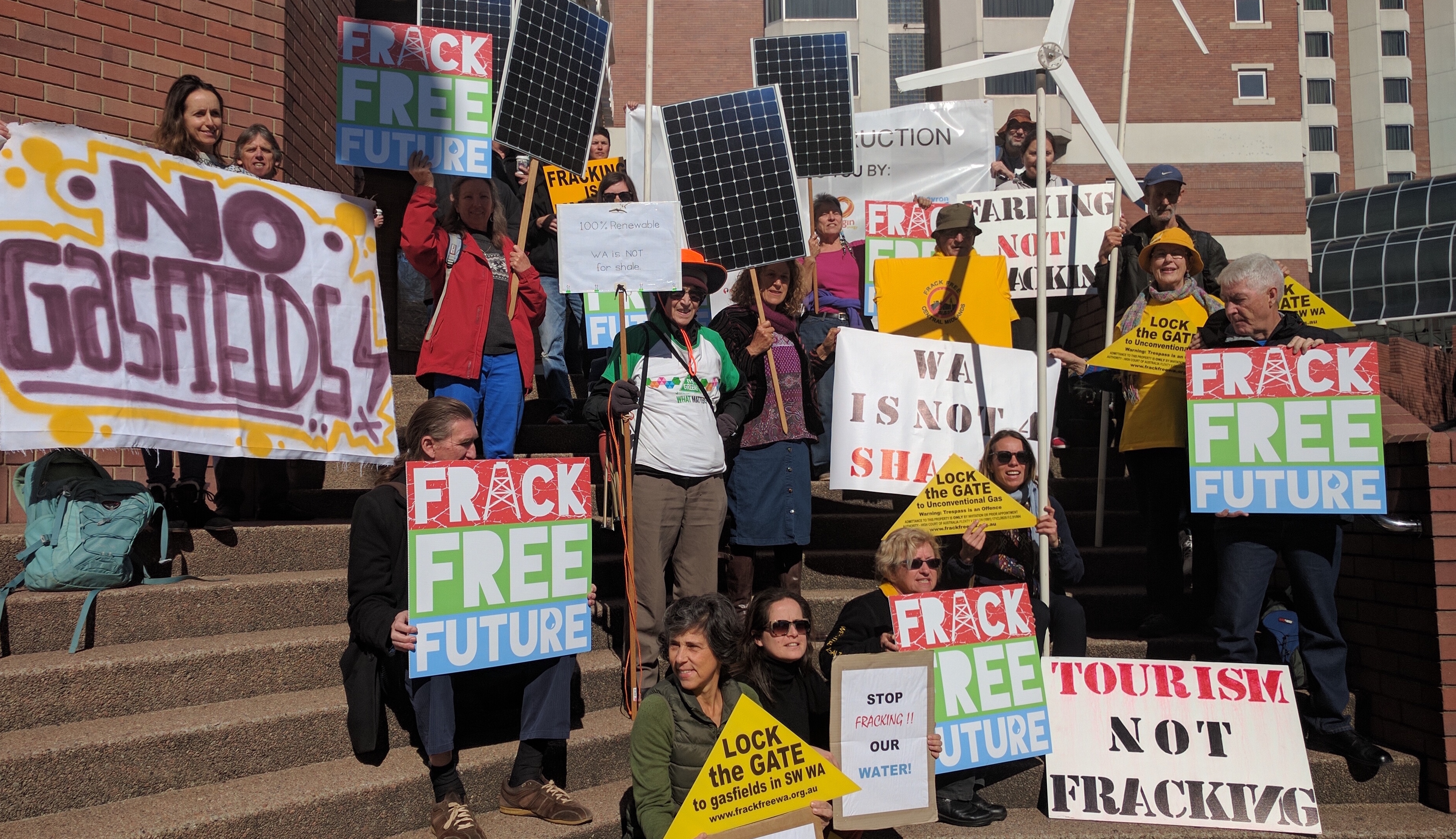 Jules Kirby of the Frack Free Future alliance, who is attending the Open Day, said it was astonishing that the WA Government is still so supportive of the gas fracking industry given the weight of popular opinion and scientific evidence warning against it.

“We’ve just seen Victoria permanently ban all unconventional gas and fracking, and an election landslide in favour of NT Labor in part because of their promise to impose a moratorium on the industry there – when will WA politicians get the message that support for the fracking industry is electoral suicide?”

“Fracking poses a clear, constant and unacceptable risk to ground and surface water – something all Western Australians know we are increasingly dependent on.”

Ang Tedling, a business owner who travelled up from Dunsborough in the South-West, criticised the high cost of the event, saying it was effectively inaccessible to many members of the public.

“I came today because it’s critical the public unite and stand up against this toxic industry” said Tedling. “Awareness, education and activism against onshore gas mining are critical – but in typical DMP style the $110 fee has prevented me from accessing what is laughably called an ‘open day’.”

Marie Carter, who had travelled from Moora to join the action, said she was giving her time to try to make a difference. “We have the most amazing wildflowers and farming country where I’m from – we can’t let the fracking industry ruin that by industrialising and contaminating our land and water”.

The Petroleum Open Day took place as the gas industry continues to reel from the decision by Victoria to ban fracking completely [1], and just after NT Labor won office promising a fracking moratorium. Mr Kirby said several commentators cited [2] fracking as one of the reasons voters abandoned the previous NT party in such numbers.

Adding to the controversial backdrop to the Open Day was the recent publication by health researchers in Pennsylvania, US, of further evidence [3] of a link between shale gas fracking and human health impacts. These include birth defects, asthma and migraines.

Shale fracking in Pennsylvania is similar to what we could see across much of WA.

[2] For example, according an ABC article written ahead of the election, “the cost of living and fracking are among the key issues that will decide the result.” http://www.abc.net.au/news/2016-08-26/nt-election-what-to-watch-on-election-day/7789074

[3] Researchers studied “over 8,000 mother-child pairs and 35,000 asthma patients…. [and] … obtained questionnaires from 7,847 patients about nasal, sinus and other health symptoms.” http://theconversation.com/fracking-and-health-what-we-know-from-pennsylvanias-natural-gas-boom- 63911