The Frack Free Future campaign has congratulated premier-elect Mark McGowan on WA Labor’s landslide election victory, highlighting the important role public concern over fracking and unconventional gas played in the vote, and warning of the need to honour the party’s commitment to a statewide fracking moratorium. 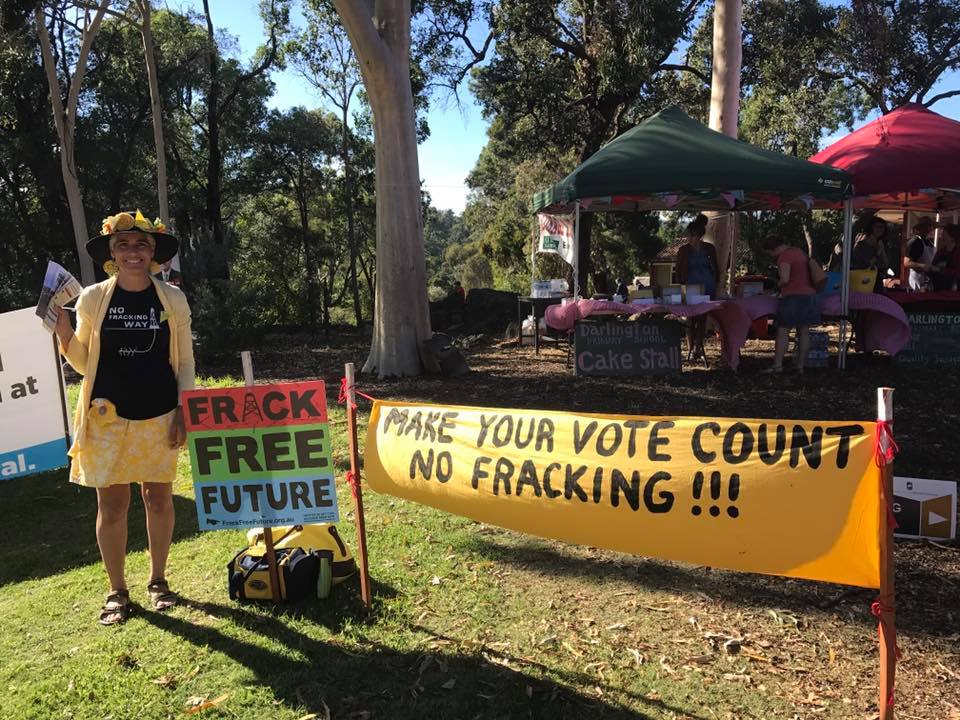 Voters in a number of key electorates and across the State expressed growing concern over the impact of fracking on water in particular, and polling prior to the election indicated that these concerns had a significant influence on voting decisions.

Outgoing Health Minister John Day lost his previously rock-solid seat of Kalamunda after a wave of anti-fracking sentiment, that saw the seat bedecked with Frack Free Future campaign signs [1], and all the main opposition candidates responding to public meetings with statements of strong opposition to the controversial gas mining industry.

Meanwhile, Labor’s surprisingly strong result in the South West seats of Bunbury and Murray-Wellington can be attributed to vigorous public opposition to gas exploration in the South West. Voters impressed with Labor’s pledge to ban fracking from the South West to the Swan Valley were clearly unconvinced by the last-minute Liberal attempt to echo the same policy [2].

“Wherever voters understood the Barnett Government’s plans for a massive expansion of fracking and unconventional gas across the State, they responded first with incredulity and then with resolve to vote for a party that would protect their water, land, and livelihoods from this toxic industry,” said Kirby.

“We repeatedly heard lifelong Liberal voters say they could not vote again for the party so long as it supported unconventional gas and fracking. McGowan’s victory is owed in good part to the level of public concern over the risks fracking poses to Western Australia.

“Labor assumes office with a powerful mandate and duty to deliver on their pre-election commitment to a statewide moratorium, or temporary ban on, all forms of unconventional gas and fracking. Labor’s legacy depends on its delivery against this commitment: a ban is a ban, no exceptions.

“Communities from the Kimberley to the South West will continue to campaign for a permanent ban to gas fracking.

“To be credible, the moratorium to be put in place by the new McGowan Government must deliver permanent bans in sensitive areas such as national parks and water catchments, and the right for all communities to say no to fracking. The moratorium must also prevent any fracking for at least five years to allow baseline health and environmental studies, and to allow scientists to plug the huge gaps in our understanding of how fracking could contaminate our water, land, and air.”