Environment groups have warned that a proposal for a gas fracking project and gas pipeline in the Kimberley would face intense opposition from community and conservation groups. 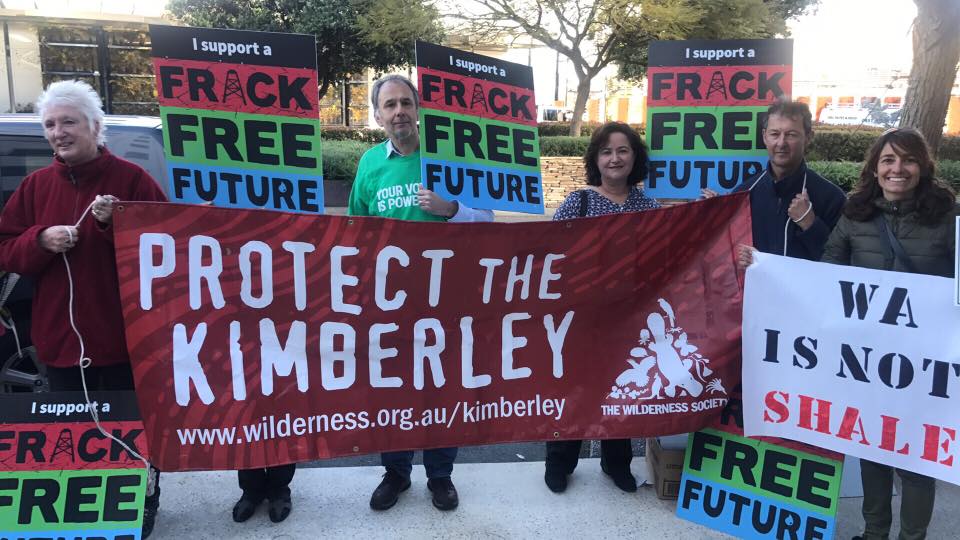 The project involving Mitsubishi Energy and pipeline company DBG was promoted yesterday in a newsletter from the Commonwealth Regional Development agency for the Kimberley.

“It is totally inappropriate for a Commonwealth agency to be promoting fracking projects at a time when the State Government has responded to environmental and community concerns by placing a moratorium on fracking across the state.

“The Commonwealth has no place in promoting the development of polluting, dangerous, and unpopular energy sources in the Kimberley or anywhere else in Western Australia, especially when those proposals run directly against State Government policy and the clear mandate on this issue gained at the recent election.

“This project will be strongly opposed by community and conservation groups and presents a very high risk for investors.

“The Kimberley is an area of globally significant heritage, cultural, and tourism values – not a place for industrial gasfields that would pollute the water and risk the health of communities.

“The Kimberley has recently been through a period of conflict over gas developments at James Price Point, which was a disaster for investors and caused deep divisions in the local community.

“This fracking project is likely to result in the same outcome, with divided communities and disappointed investors.

“We urge the Commonwealth Regional Development agency for the Kimberley to focus their support behind projects that have broad community support and help build a sustainable economic future for the region.

“Recent studies have demonstrated the very significant renewable energy potential in the Kimberley, and developing these energy sources would enjoy far greater community support and deliver a greater competitive advantage for the Kimberley in the future.”