Western Australia’s peak environment group has released an analysis of the WA Fracking Inquiry’s findings on climate change and carbon pollution, revealing how the Inquiry used highly questionable assumptions to downplay the climate change impacts of fracking, despite the McGowan Government’s election commitment to undertake a ‘full lifecycle assessment’ of carbon pollution and prevent fracking if it ‘contributed adversely to climate change’. 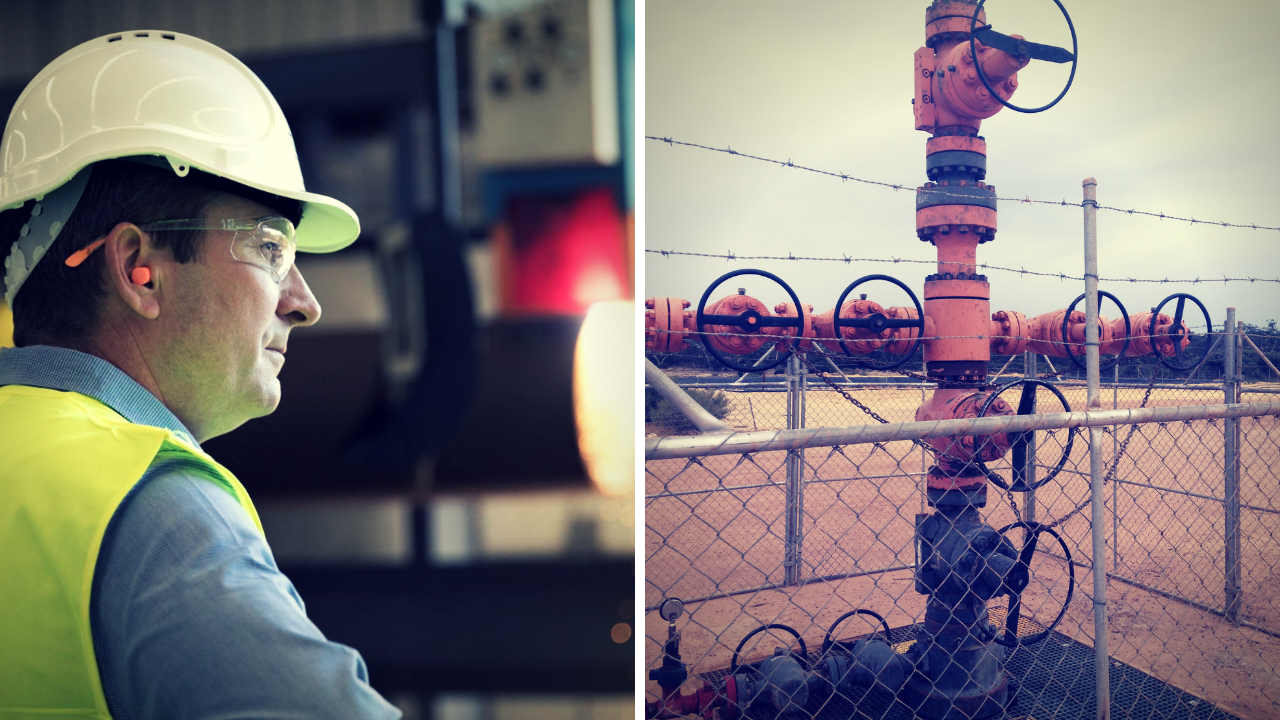 The analysis details how the Fracking Inquiry made carbon pollution from fracking look small, including: 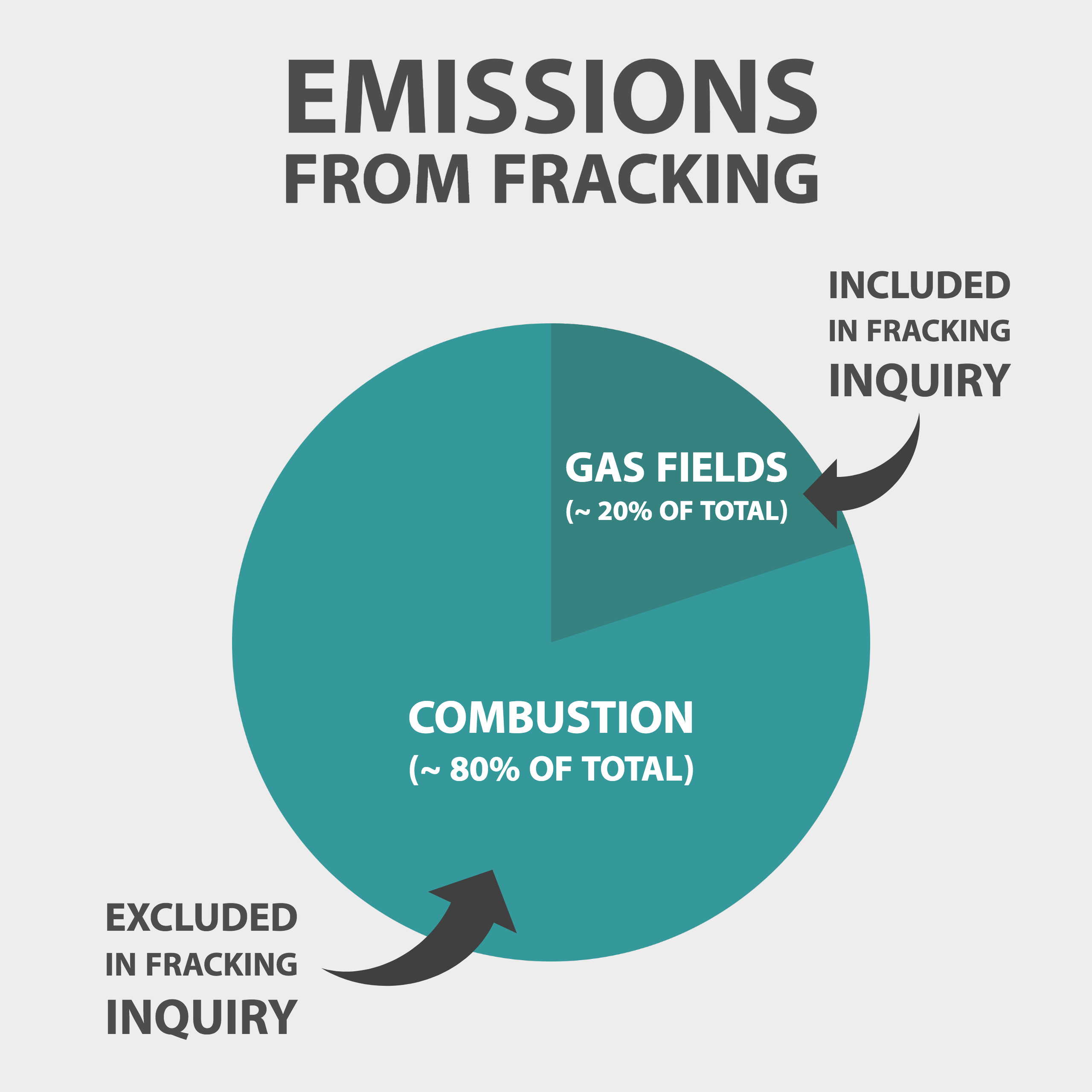 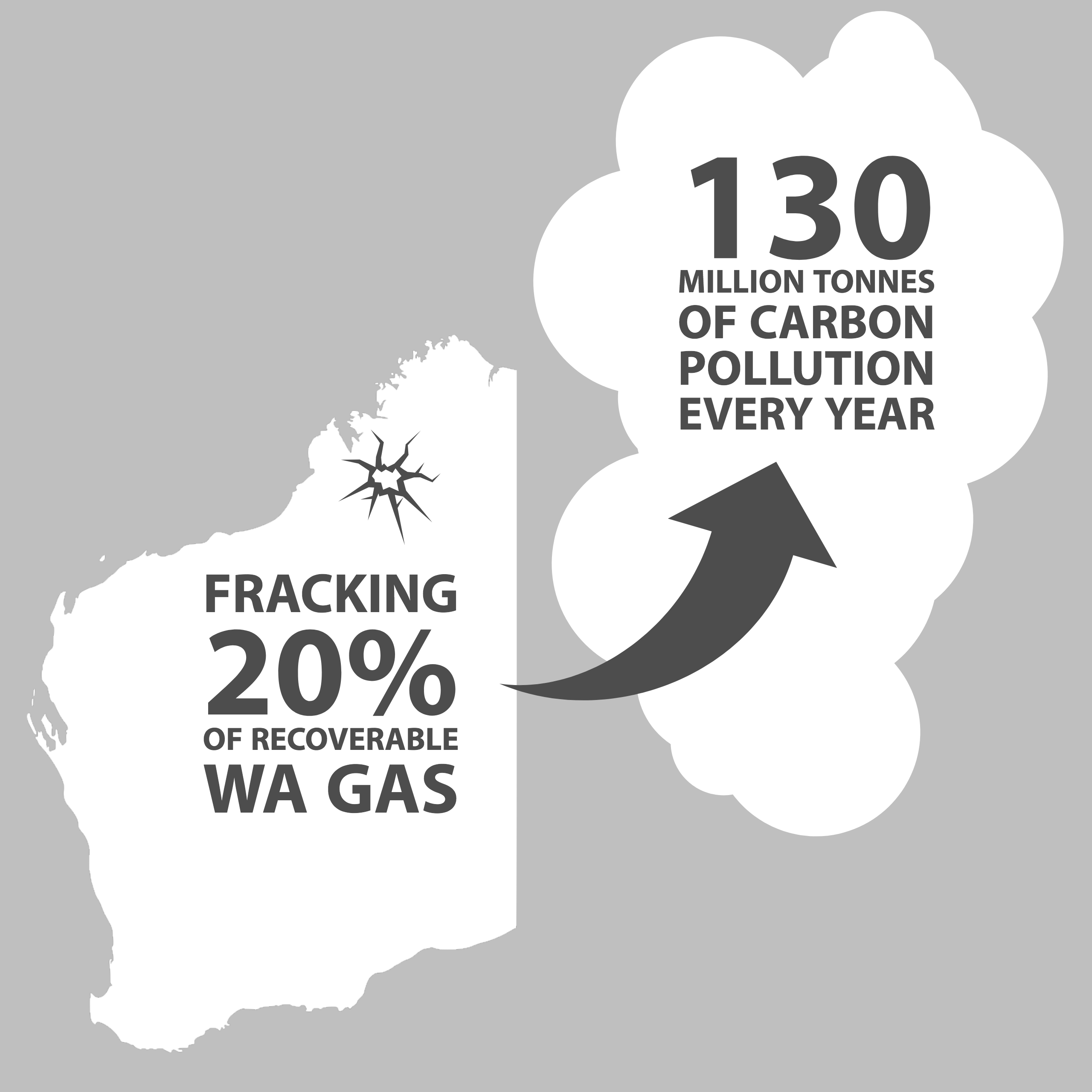 Conservation Council of WA (CCWA) Director Piers Verstegen said the analysis showed that the Fracking Inquiry lacked credibility in the critical area of climate change, and its finding could not be relied upon by government or the community.

“Premier Mark McGowan made an important election commitment to maintain the moratorium on fracking if it was found to ‘contribute adversely to climate change’ following a ‘full analysis of lifecycle greenhouse gas emissions’.

“The Fracking Inquiry has clearly not met this important election commitment. To allow fracking based on these flawed and highly questionable assumptions would be a broken commitment, and a serious breach of trust on a key election issue.

“It is not credible to base such an important decision on highly questionable advice that disregards the science on climate change, ignores the largest source of fracking pollution, and assumes a very small fracking industry. That is like assuming the proposed Adani coal mine would be small and ignoring the pollution from burning the coal it produces.

“The McGowan Government does not have its facts straight on fracking. While the Fracking Inquiry has said that the industry would be small with little pollution, just a day after releasing its report the Premier was talking about a ‘very significant industry’ with ‘thousands of jobs’ and ‘billions of dollars in royalties’.”

One of the signatories to the letter, Premier’s Scientist of the Year Professor Peter Newman said, “The Fracking Inquiry has used highly questionable assumptions to systematically understate potential climate impacts. The reality is that fracking is likely to result in large emissions that are totally unacceptable in the current circumstances. The Government should take the responsible course and ban fracking in Western Australia.”

“Climate Analytics undertook detailed rigorous analysis of potential emissions, and found fracking could result in many billions of tonnes of emissions. The Inquiry’s assertion that it would produce just 0.4 million tonnes of additional emissions is simply absurd and based on demonstrably erroneous assumptions.  The report clearly suffered from an absence of climate science expertise and from there being no scientific peer review,” said Dr Bill Hare, globally recognised emissions expert and CEO of Climate Analytics.

“To unlock this very large potential source of greenhouse gas emissions without any carbon budget analysis, when we know that any additional fossil fuel development is completely inconsistent with keeping global warming at safe levels, is grossly irresponsible,” says Professor Will Steffen, leading Australian climate scientist. 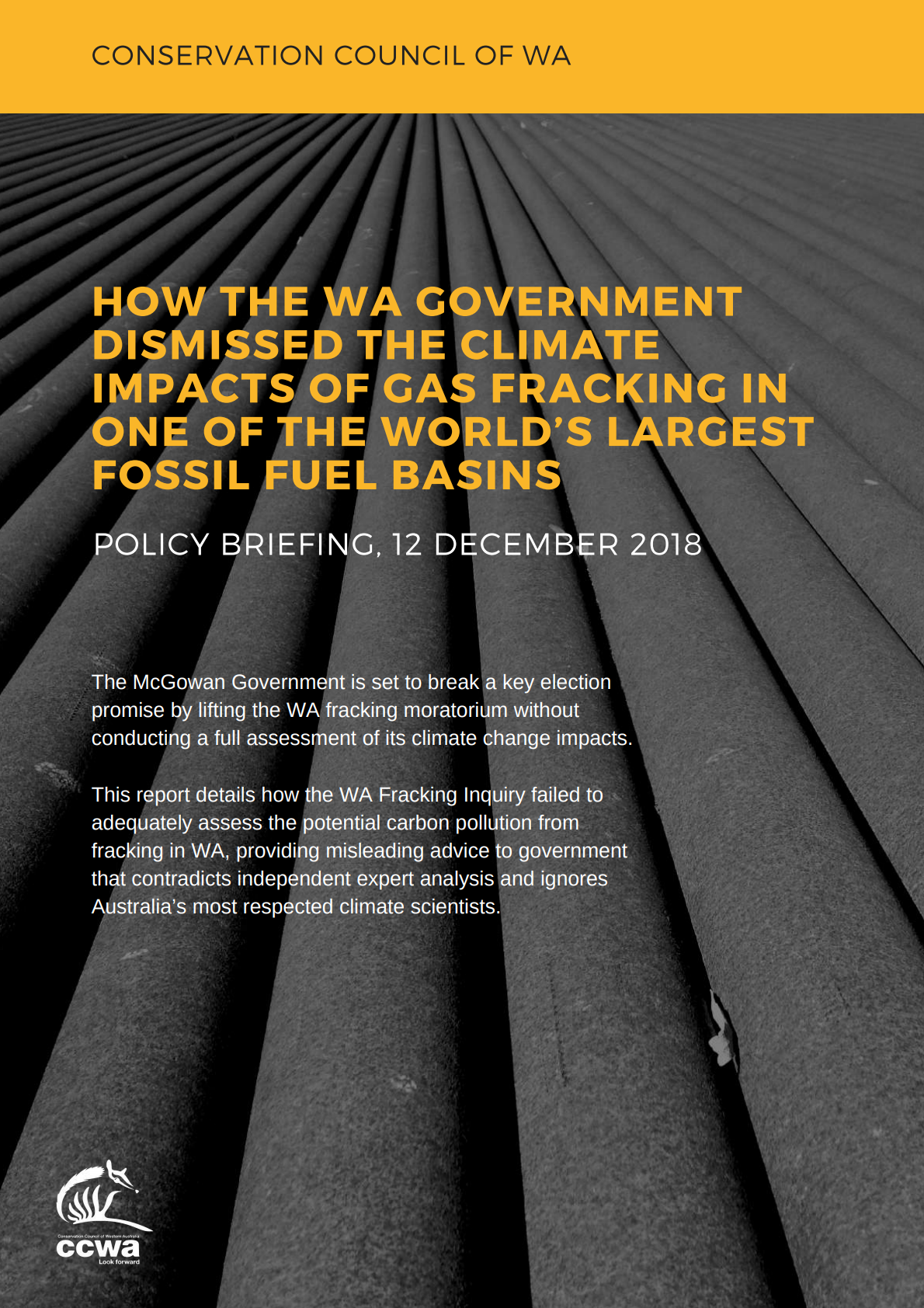 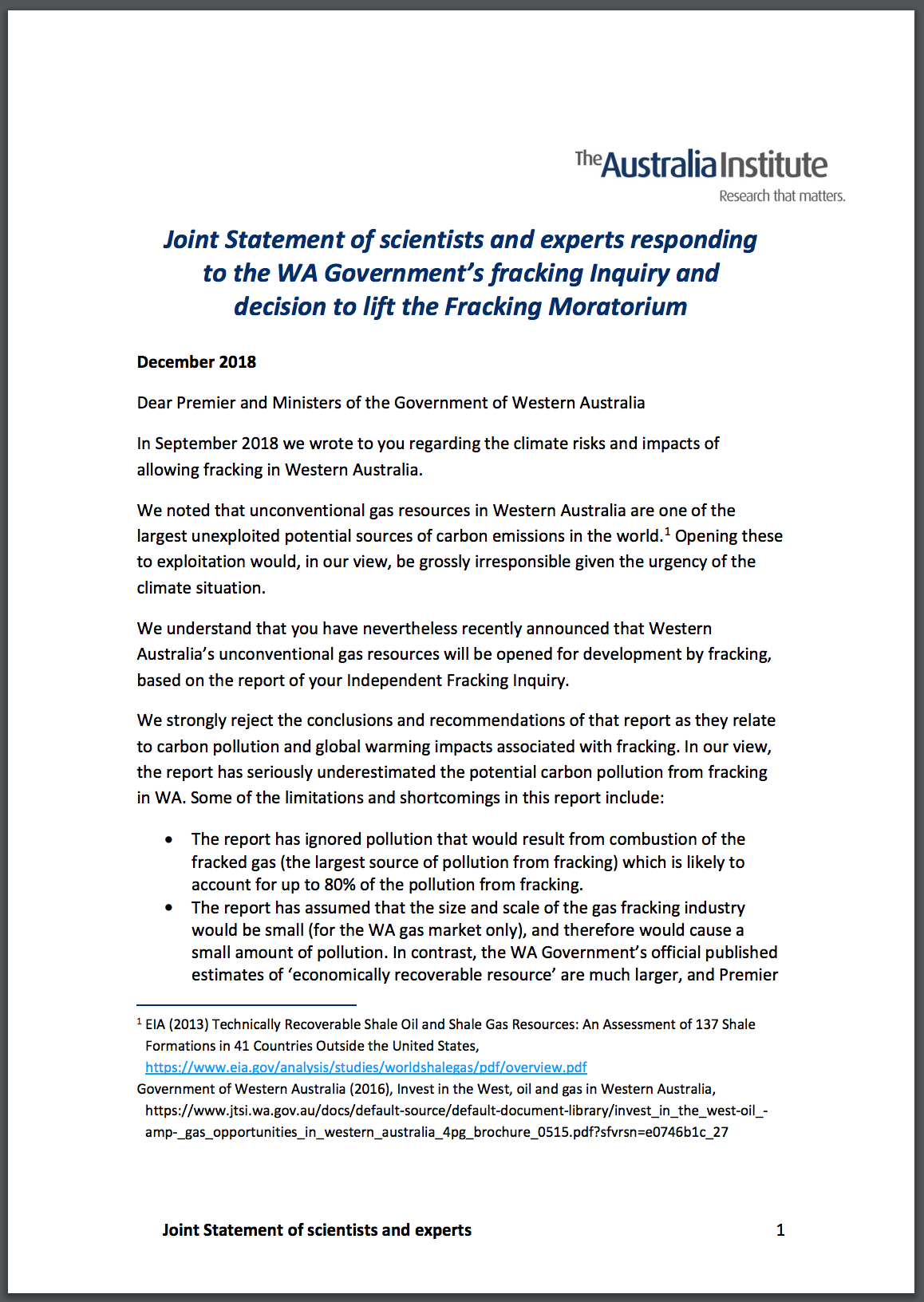