Hydraulic fracturing (fracking): a mining process, which involves drilling a deep well into underground rock formations, after which fluids are pumped through at high pressures, cracking the rock and releasing gas for extraction.

In creating horizontal wells, a vertical well is first drilled underground, which can be up to 3kms or more, depending on where the gas is kept, and then curved to 90 degrees for over 1kms. A steel and/or cement casing is placed around the well to prevent leakages into groundwater supplies. Once the well and casing is ready, a mixture of water, sand and chemicals additives, known as slickwater, is forced through the wells at high pressures to fracture the rock, creating fissures where gas can escape and be collected.

After the frack, a majority of the fracking fluids are left underground, with the remaining coming up to the surface as flow back fluids, which can be:

(1) Transported to an above ground pond for evaporation,

(2) Transported to another underground storage well, or 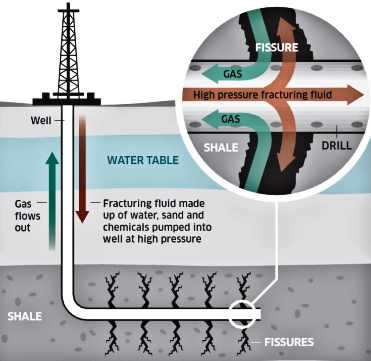 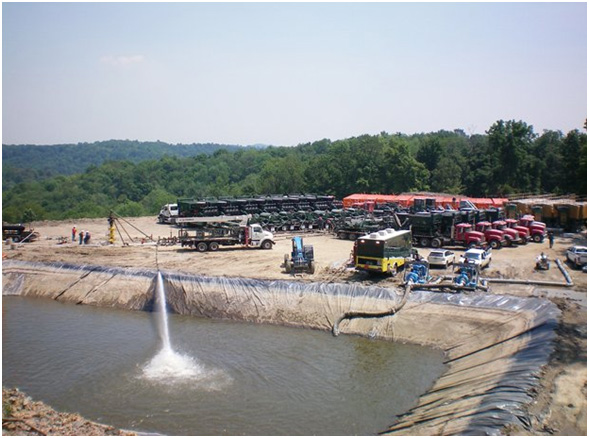