Fracking claims put to the test

We are always amused by the latest claims made by the chief publicist for the fracking industry Stedman Ellis - also the Chief Operating Officer WA for the Australian Petroleum Production and Exploration Association (APPEA).

One of Stedman’s favourite lines is that fracking has been done here in WA safely for decades. For example, according to his most recent pro-fracking editorial in The West Australian WA needs to get cracking with fracking, “More than 600 wells have been fracked in WA in the past 55 years with no evidence of environmental harm.”

To anyone who has been following this debate closely, it seems obvious that claim is designed to mislead people into a false sense of security about fracking – especially given that gas fracking is a relatively new technology and there are still no commercial scale fracking developments here in WA, despite Stedman’s best efforts to see the industry expand.

But unfortunately, not everyone has the time or the inclination to do their own research to test such claims, so we thought we would present what our own investigations have revealed and allow readers to draw their own conclusions.

First let’s tackle Stedman’s claim about the number of wells that have been fracked in WA. Advice on this very subject was provided to the WA Parliament In 2014 by the Department of Mining and Petroleum (DMP).

In answer to questions tabled by the Hon Robin Chapple MLC, DMP stated "records indicate that just 11 wells have used ‘modern fracture technology' in Western Australia". That number is very different from the 600 quoted by Ellis. 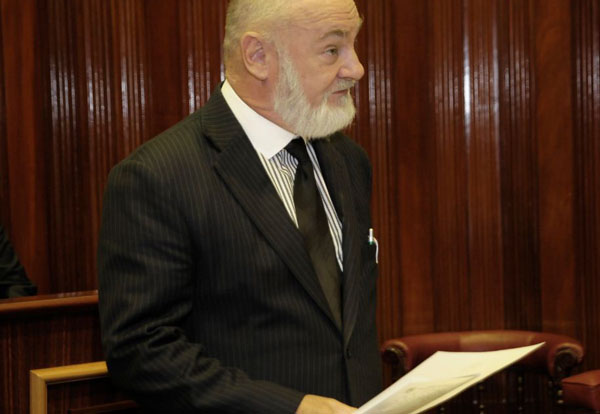 But let’s not get hung up on the details. Let’s examine the second key part of Stedman’s argument - that there is “no evidence of environmental harm” from these operations in WA. Here, we are not surprised to reveal again that Stedman and the fracking industry are very wrong. 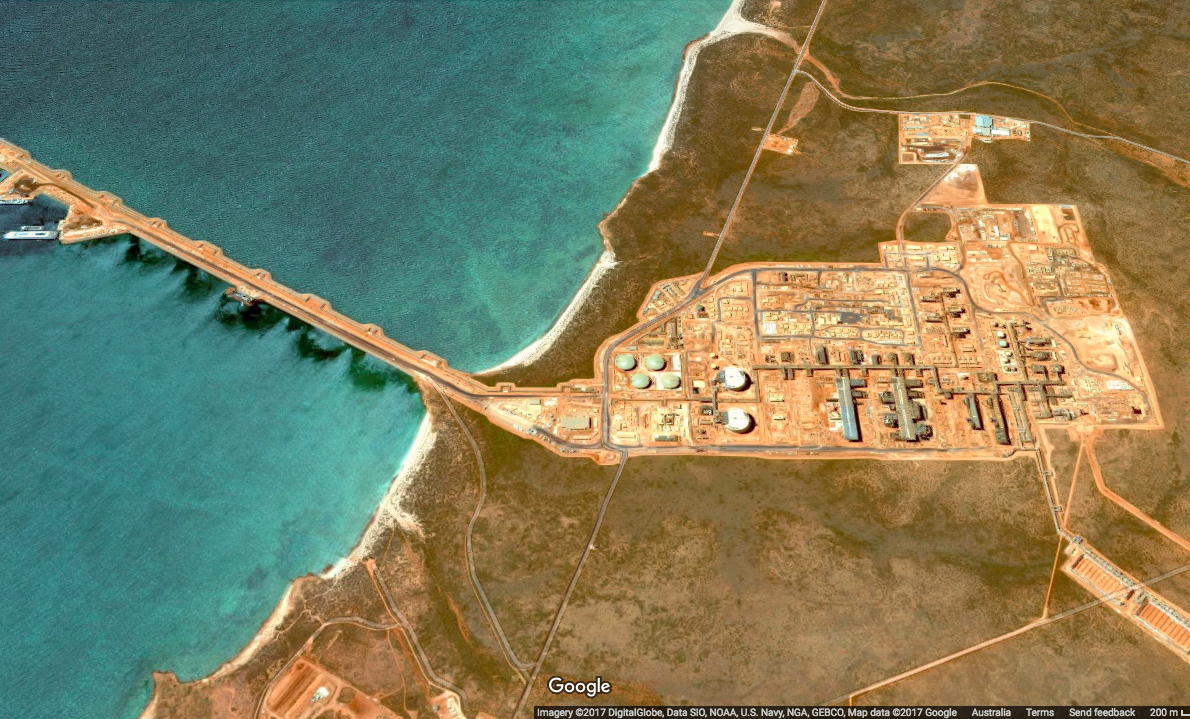 Barrow Island, where the vast majority of Stedman’s claimed fracking operations have been conducted is actually listed as a contaminated site on WA Department of Water and Environmental Regulation's Contaminated Sites Database.

The summary report on this site reveals that there are:

“13 known areas of hydrocarbon soil and groundwater contamination on Barrow island as a result of the Barrow Island oilfield operations (BWI oilfield) and there is the potential for other areas of the Island to be impacted by the operations.”

Far from Stedman’s claim of “no evidence of environmental harm”, the report states that “Petroleum hydrocarbons have been identified to be migrating towards the marine environment” and “heavy metals copper, chromium, barium and arsenic are present in soils.” The report warns, “as groundwater beneath the site has been shown to be contaminated, groundwater abstraction should be restricted until chemical analyses is undertaken to confirm that it is suitable for its intended use.”

One of the difficulties in answering this question is that comprehensive groundwater, soil or air quality monitoring has not occurred at these sites, and the results of monitoring that has occurred has not been released to the public.

Even government agencies do not have access to the information they need to determine whether fracking proposals are safe, as the following excerpt from a Department of Water document (released under Freedom of Information) reveals:

“Methane leakage arising from a poorly constructed well or well failure is hard to assess. Regulators must be reliant upon the information provided to them by the operators. It is suspected that adverse findings would not be reported as these may have negative effects on the ongoing viability of the project.”

At CCWA, we have been keeping a very close eye on each of these fracking projects including visiting each of the sites and using FOI to access key government documents. The ugly truth is that despite Stedman’s claim, every single one of these fracking operations has caused serious impacts to the environment.

At many of these fracking sites, even before drilling began seismic testing has caused the destruction of large areas of native vegetation. Ugly scars will remain visible for decades as cleared gridlines have been bulldozed across the landscape In the Kimberley this has destroyed important habitat for endangered bilbies. In the Mid West, ‘kwongan heath’ wildflower country has been cleared in areas proposed for World Heritage listing by scientists to protect globally significant biodiversity values. Even nature reserves have been bulldozed to make way for roads and seismic testing for the fracking industry.

Then there are the impacts of the drilling and fracking itself.

CCWA’s investigations and other community monitoring has revealed that each of the unconventional gas wells that have been fracked in WA has seriously damaged the environment. 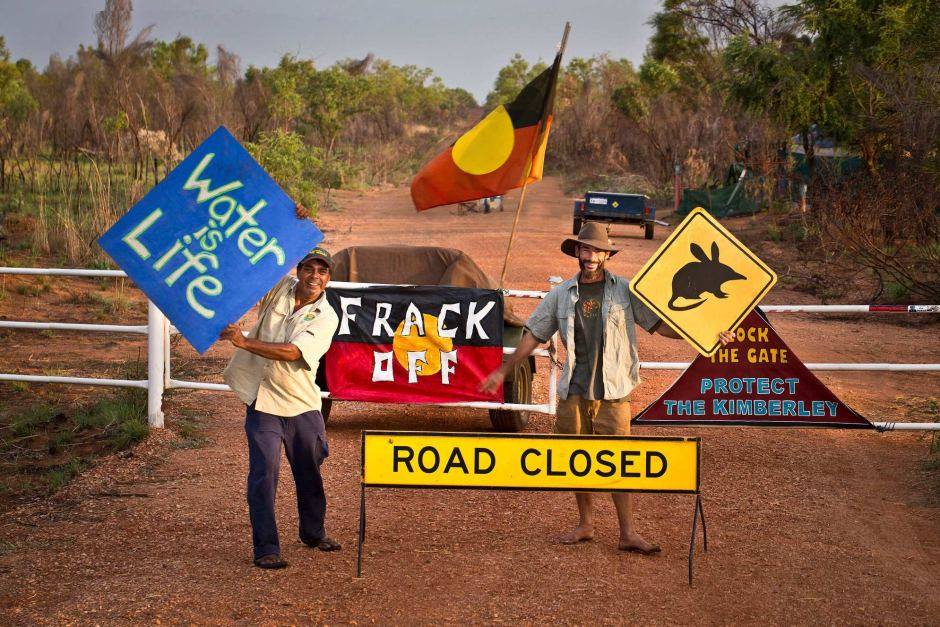 Unknown amounts of methane, a powerful greenhouse gas has leaked from wells in the Mid West and Kimberley. Over a million litres of diesel has been pumped into a well in the South West in a failed fracking attempt. Wastewater evaporation ponds have overflowed into the environment. Hydrocarbons have been detected in groundwater monitoring bores on private farmland. Leaking chemical storage containers have been left abandoned at fracking sites within a stones-throw of internationally significant wetlands. Wells have flowed high pressure groundwater uncontrollably for weeks. And gas flaring has risked bushfires and released carcinogenic and other toxic chemicals into the atmosphere at almost all of these sites.

This is not the first time that the fracking industry in WA have been found to be misleading and deceptive and we suspect it won’t be the last.

In 2014 the in-house lawyer at The West Australian upheld a complaint against an APPEA advertisement. The ruling found claims made in the advertisement were misleading a deceptive, including that “hydraulic fracturing has been used for decades in this state to extract natural gas from various geological formations” and that gas is “safe” and “clean”.

In the past the gas industry has been successful in promoting the idea that its product is environmentally friendly, however it is becoming increasingly difficult for the industry to get away with making this claim. With gas processing facilities by far the largest point-source carbon polluters in WA, and renewable energy fast becoming a cheaper and more reliable alternative, the days where the gas industry had people and governments fooled are fast coming to an end.