With submissions due to the WA Fracking Inquiry by midnight tonight, Western Australian scientists and experts including hydrogeologists, geologists, public health experts, and biologists are warning of the threats that the industry poses to our state, with many of them saying that there is no safe way to frack in WA.

International fracking expert Professor Ingraffea said, “There is no longer any excuse for ignorance or personal opinion concerning potential impacts from shale gas extraction. There are over 50,000 shale gas wells drilled in the U.S. in the last 20 years, and, as a result, there are now over 1,400 peer-reviewed scientific publications on such impacts. The vast majority of these find undesirable impacts on air, water, and human health. I am assigning the reading of all of these publications to the Independent Scientific Panel and requesting their judgement on them.”

Emeritus Professor Armstrong said, “Evidence of harmful effects on health due to fracking is increasing. We must not commit to likely uncontrollable health impacts from increased greenhouse gas emissions and other hazards associated with fracking without full consideration of this evidence, and be prepared to apply the precautionary principle where the evidence is insufficient to establish important risks to health.”

Former WA Premier Professor Lawrence said, “We now know that the mental health of people living in the areas where unconventional gas is exploited is being compromised. There is a growing body of evidence that the disruption of cultural values and place attachment through the transformation and degradation of the cherished places and the natural environment contribute to poorer community mental health and well being. These effects are often overlooked in project assessments when they should be front and centre of any evaluation.”

Industry expert Mr Porter said, “Western Australia is already awash with excess natural gas reserves available for domestic use. Meanwhile, modelling by Sustainable Energy Now shows that fossil fuelled power generation will be displaced on a technical and economic basis by energy from renewable sources in the near future. There is therefore no longer a strategic energy security risk in not further developing hydrocarbon resources.” 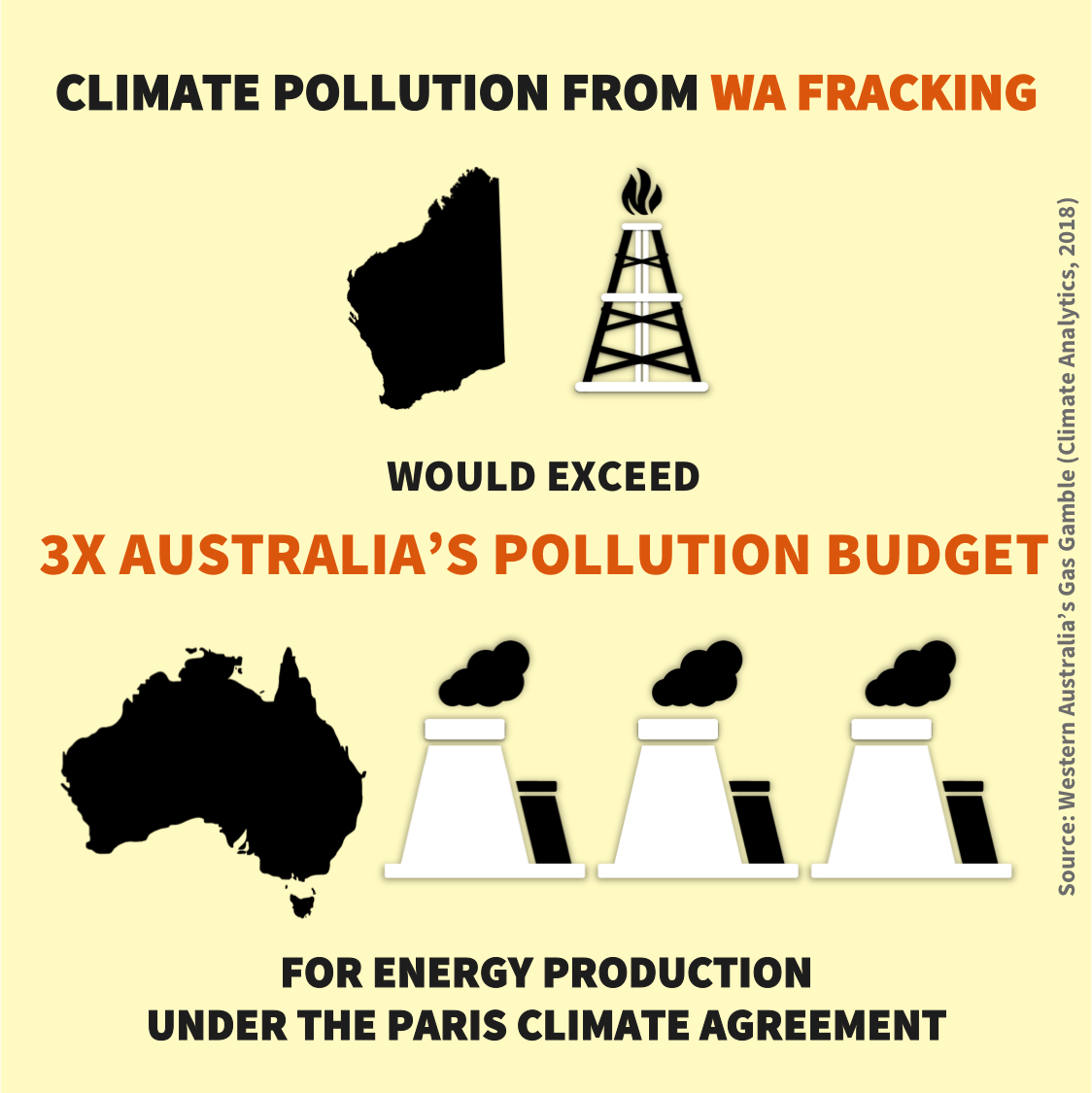 The forum was held a day after the release of a new report Western Australia's Gas Gamble - Implications of natural gas extraction in WA by international research group Climate Analytics, which shows that the domestic carbon footprint from all of WA’s unconventional gas resources would be three times more than what Australia’s entire energy sector can emit to comply with the Paris Agreement.