More than fifty of Australia’s top scientists and experts have delivered an open letter to the WA Government today, calling for a permanent ban on gas fracking to prevent a massive increase in carbon pollution, and to avoid dangerous climate change. 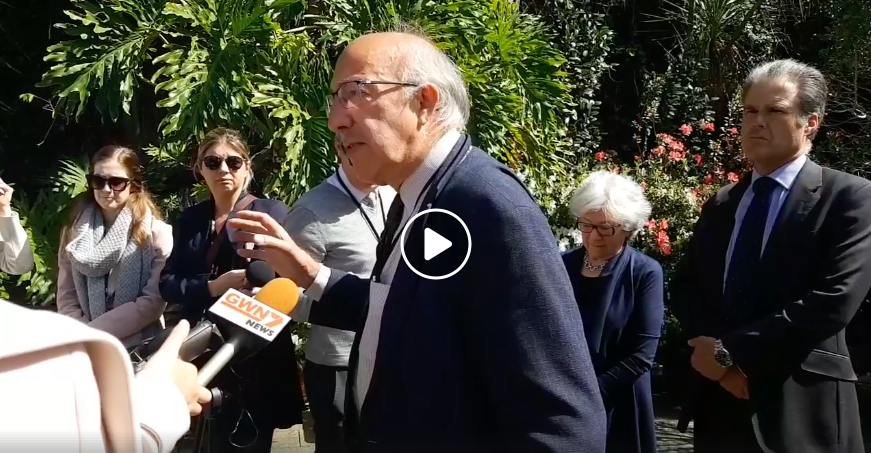 Conservation Council of WA (CCWA) Director Piers Verstegen said scientists and experts had been clear about the risks of fracking, and the WA community had demonstrated overwhelming support for fracking to be banned.

“Premier Mark McGowan made a clear commitment during the election that fracking would not be allowed to proceed in WA if it would ‘contribute adversely to climate change’[1].

“Today we have heard from some of Australia’s most authoritative voices, who have made it crystal clear that fracking WA’s onshore gas resources would be a disaster for the global climate.

“We have been concerned that the WA Fracking Inquiry had not fully considered the climate change impacts of fracking, but here we have Australia’s top scientists filling that gap with a clear message to the McGowan Government.

Mark Ogge from The Australia Institute, which coordinated the scientists’ open letter, said the group was enormously authorative.

“Within our children’s lifetime, we are facing potential temperature rises of up to 6.5 degrees, with largely irreversible impacts on water supply, coastal flooding, crop and grazing production, human health and biodiversity.”

Dr Bill Hare, founder and CEO of Climate Analytics said, "Exploiting Western Australia’s unconventional gas resources would pose a threat to the world achieving the Paris Agreement goals, and make it impossible for Australia to meet its emission reduction target.

“The science also shows that none of this fracking – neither in the Canning Basin or anywhere else – is needed.”

[1] “We will conduct a public inquiry to examine environment, health, agriculture, heritage and community impacts (including full lifecycle greenhouse gas emissions) prior to any fracking activity (including future exploration). WA Labor will place a moratorium on the use of fracking until such an inquiry can demonstrate that the process will not compromise the environment, groundwater, public health, or contribute adversely to climate change.” Mark McGowan, Leader of the Opposition, 2017