Thoughts from an Oil and Gas Industry Insider. 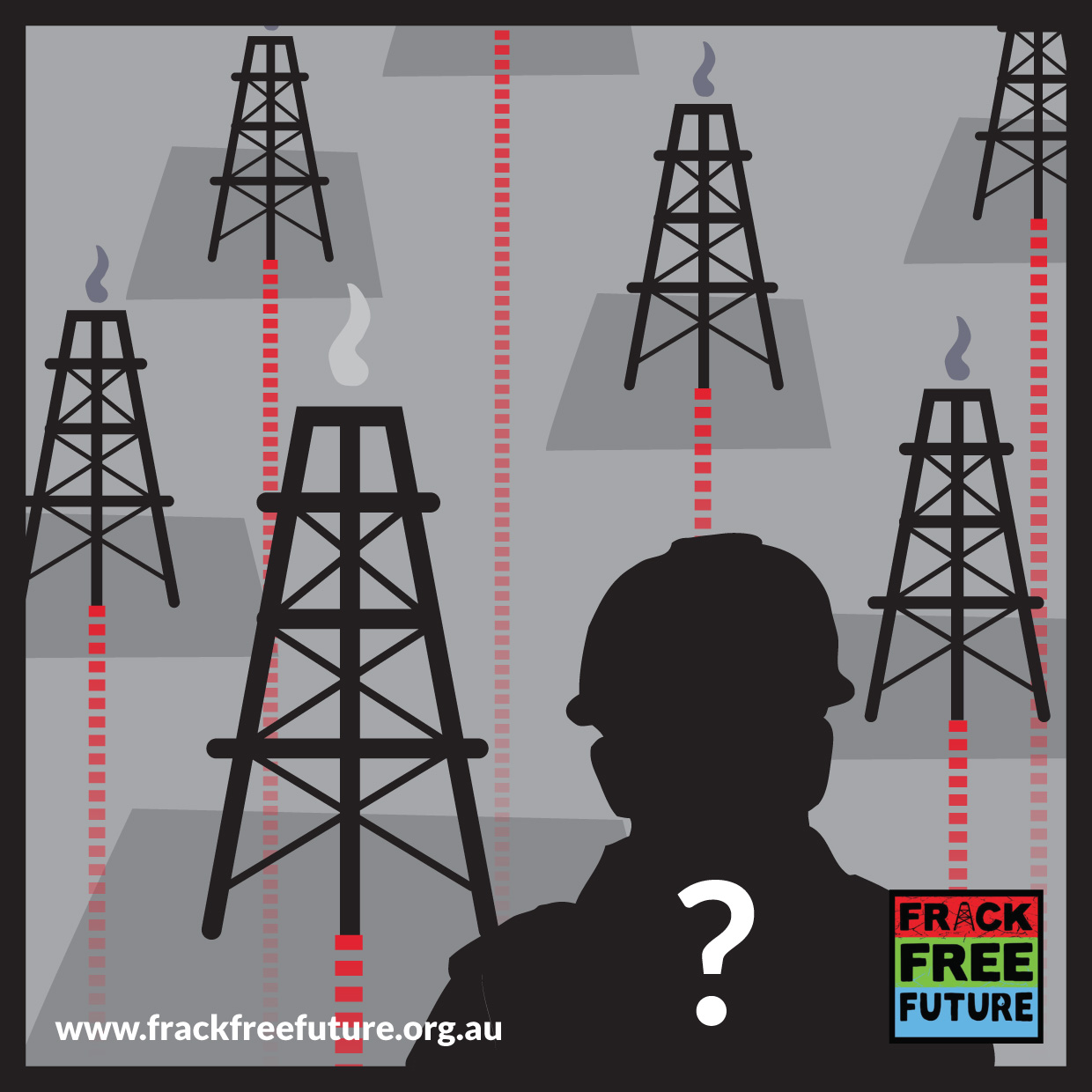 I’m a principal engineer and worked in oil and gas most of my life, including “fracking”. There is a lot of talk on the subject of fracking: some factual, some quasi factual and some outright fabrication. Both sides are guilty of this to varying degrees – as always happens with emotionally charged issues. There is also a lot of info out there that, while sometimes interesting and correct, is irrelevant or just plain distracting.

When I talk about “fracking” in Western Australia I’m talking about shale gas fracking. It is different to Coal Seam Gas (CSG) on the East Coast and slightly different to shale gas in the US, but does also have many fundamental similarities.

In my considered view:

* Fracking CAN be done in some places with acceptable risk – same as putting someone on Mars can theoretically be done.

* Fracking CAN be done economically.

* Widespread fracking CANNOT be done both economically AND with acceptable risk.

* Fracking MAY be possible in a very few locations and be both economical AND with acceptable risk.

* But even if fracking could be done both economically and with acceptable risk, IT WOULDN’T BE.

Over the years I’ve seen some pretty bad stuff happen. On oil rigs, refineries, pipelines – everywhere and on a regular basis. I’ve seen even more near misses. And I’ve also seen the cover-ups!

Bad stuff happens for all sorts of reasons, including mechanical failures. But generally, the root cause can be traced back to (at least partially) human behaviour – NORMAL human behaviour. Things like laziness, incompetence, corruption, GREED, pride, ego…

The Problem with Marginal Economics

Each fracked well produces far less gas than a conventional well. This is due to the nature of the gas reservoir where the gas flows more slowly and for shorter distances. The fracking is required to get any useful quantities and flow rates of gas at all.

Consequently, the budget for each fracked well (to be economical ie profitable) is much less and many more of them are required to get to a commercial scale. But fracked wells are actually more complex than most conventional gas extraction wells as the process requires the additional step of hydraulic fracturing itself.

So we have the triple hit of many, many more wells of a higher complexity (read higher expense and more failure modes) on a tight budget. The direct consequence is a huge pressure to cut costs. This

pressure applies when the initial drilling occurs, in the ongoing maintenance and finally in decommissioning and shutting-in the well at the end.

The loser is quality: more mistakes, more fraud, more cutting of corners and use of cheaper, second rate materials etc. As a result, the failure rates in fracked wells are higher than for conventional wells. This is exactly what you don’t want when you are drilling far greater numbers of them. All this happens regularly in conventional developments and CSG. Of course it will occur with shale fracking.

Wells are normally shut-in and abandoned when they become unprofitable. However, gas is usually still available (often a lot) - but is just not flowing fast enough to warrant continuing the extraction. Fracked wells have many leakage modes, some easy to monitor and some difficult. Leakage can occur from either failure of the well itself, where it acts a conduit (similarly to conventional wells), or from the fracking process connecting to other conduits.

One of the key issues with shale fracking is that after the well is abandoned and shut in, the well remains pressurised. The continuing pressure means that any conduits that do appear later, as a result of failures or geological movement, will have gas and fluids travel along them. This is different to CSG where the pressure is reduced after (if) water returns to the area.

Data on leakage or failure rates varies tremendously depending on the source of the study and the terms of reference. Generally the data is sketchy at best, does not (and cannot) include hidden failures where the effects are not yet noticeable, and has been collected over a short period of only 10-50 years.

What we do know is that all types of failures tend to occur in three phases:

We only have data on the first two phases as the majority of wells haven’t reached the third phase and we don’t really know when they will get there. How long will the materials used in constructing the wells last? What slow-acting geographical processes are happening? Could be 50 years, could be 100 years. What we do know is that it will happen. It is also likely that the industry will no longer be there to clean it up. 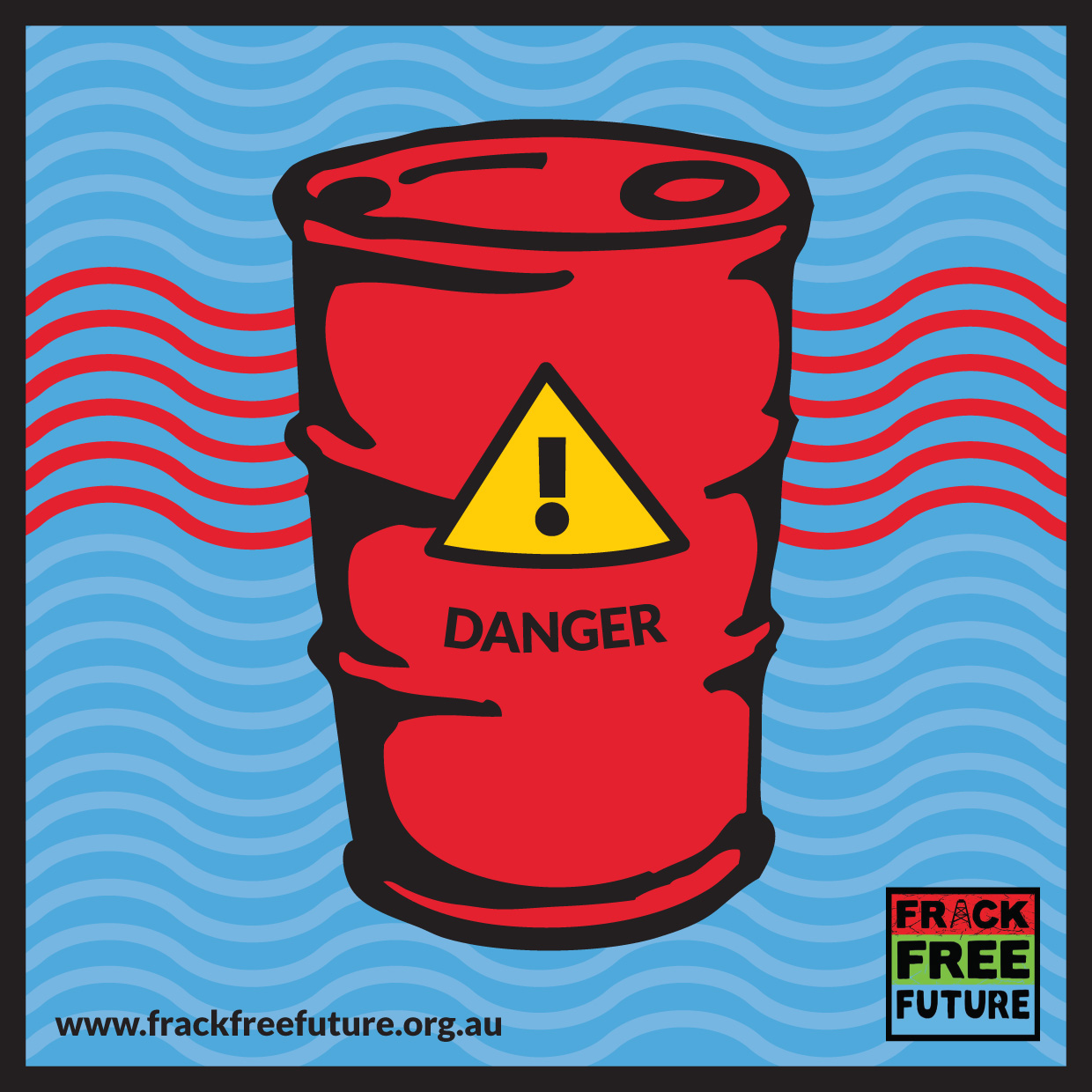 Failure rate estimates vary tremendously, from as low as 0.01% (age of wells not specified and study conducted by the fracking industry) to 50% over 30 years. Let’s take a very optimistic example of only 0.1% over 30 years and do the maths: that’s approximately 0.3% over 100 years (which is perhaps a little short. 500 to 1000 years would be more appropriate, especially as we expect failure rates to increase when the wells reach maturity).

From a methane release perspective this is not good, but is not a major issue. However, from a ground water contamination perspective, the potential for disaster is huge. If only one of those 60 wells or future conduits connects to a water aquifer, that aquifer can be contaminated with methane, drilling fluids and their by-products, and by any other toxins released from the shale by the fracking. As mentioned earlier, for unconventional gas extraction many wells have to be drilled. That means that every time a borehole goes through an aquifer there is a chance of well leakage. Since all wells are deep they are likely to go through multiple aquifers.

Once contaminated, that aquifer is effectively contaminated FOREVER (although perhaps not at levels over acceptable limits – maybe).

With this level of failure, we would expect all water aquifers to become toxic and there to be significant methane gas releases.

Industries routinely use a risk assessment matrix to determine if a project should be undertaken, plotting the probability of a problem occurring against the potential impact of that problem. The chart below shows the risk assessment of fracking contaminating our water aquifers: a situation of both catastrophic impact and near certainty.

There is no industry that would proceed with a project with such an unacceptable level of risk IF THEY HAD TO BEAR THE RISK.

In this discussion, I have put aside the effects on climate from burning the produced gas. If we included them, then we clearly should not allow development of ANY new gas resources, either conventional or unconventional, because of the known impact on our climate. I have also not included any assessment of the extremely limited economic opportunity that fracking represents for the people of WA. Even if the gas itself and the profits were to flow to WA households (which they will not), the risk to our underground water aquifers is too great for us and our descendants to bear.

Over the years, my view of the industry has changed radically, from initially one of almost adulation, through misgivings, cynicism and finally disgust.

I have now left the industry as I could no longer bear to part of it.