Community representatives including farmers, traditional owners and conservation and community groups from across the state have come together for a two-day conference in Perth to step up efforts against gas fracking. 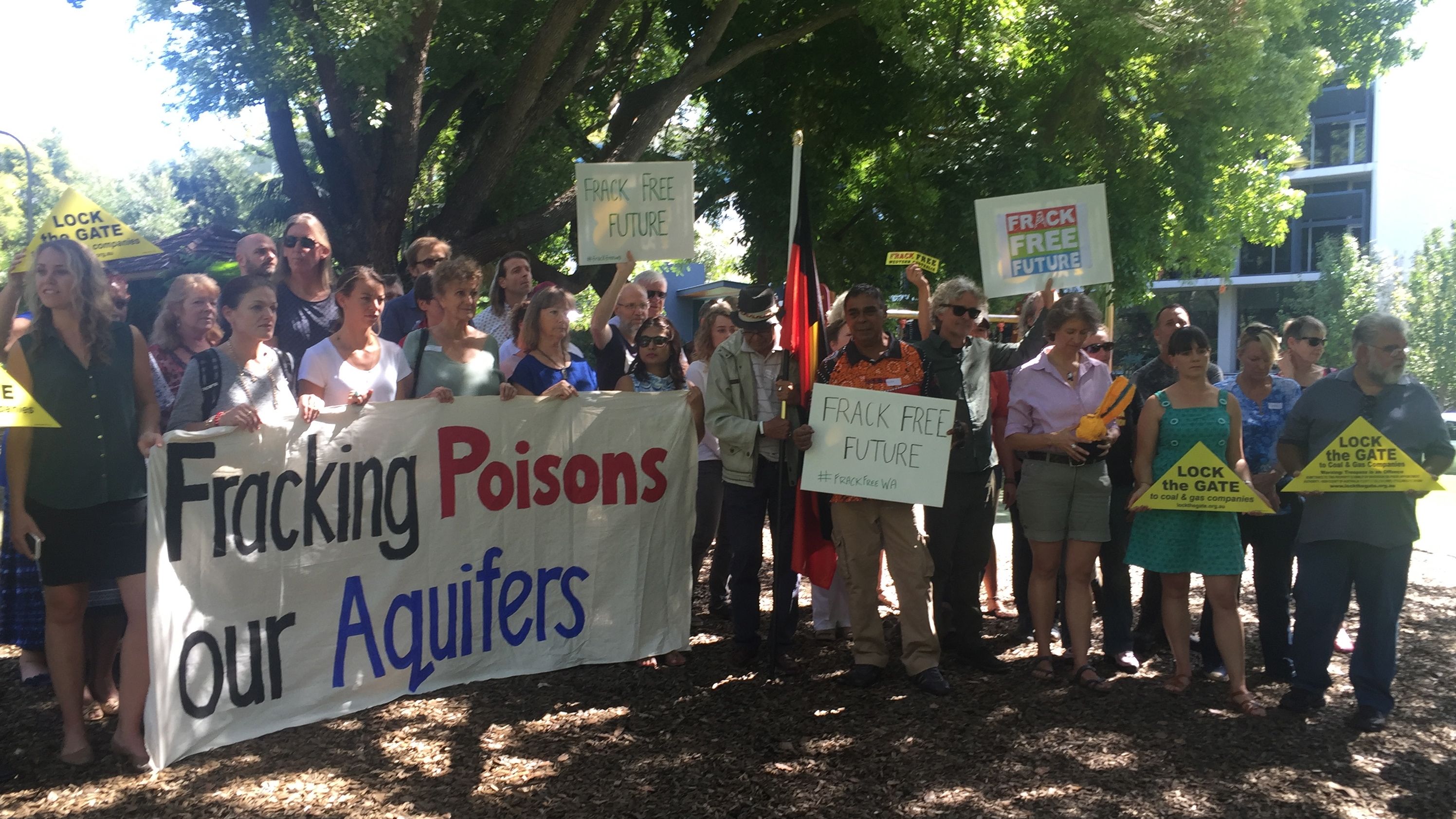 The meeting is being hosted by the Conservation Council of WA and the Lock the Gate Alliance who are part of a new campaign effort to highlight gas fracking as a key issue in the lead up to the March 2017 state election.

The campaign, Frack Free Future, was launched at the conference on Sunday.

“The very real threat of industrial-scale gas fracking in the Kimberley, Midwest, and even Southwest and Swan Valley is bringing communities together in an unprecedented effort to protect land, water and livelihoods,” said Conservation Council Director Piers Verstegen.

“Communities across the state have made it very clear that gas fracking is not welcome, but those wishes are being ignored by the State Government as it continues to promote gas fracking in some of our most productive farmland and iconic tourist locations.

“The shale gas being targeted in WA sits below the water table, meaning fracking companies have to drill and pump chemicals at extreme pressure through our precious aquifers to access the gas. This poses an unacceptable risk to our drinking water.”

Fracking exploration licenses have been issued over many groundwater aquifers, including the Yarragadee north and south aquifers, which supply Perth and the southwest with drinking water.

“The new Frack Free Future campaign will put this issue clearly on the political and corporate agenda by uniting community groups across regional and metro WA under a single unified message – gas fracking will not be tolerated in this state,” said Mr Verstegen.

“The campaign will target fracking companies and the investors and Ministers who support them with a clear message that they won’t be able to ignore.”

One of the groups involved in the campaign is the Lock the Gate Alliance, which is a national grassroots organisation of over 50,000 supporters and 250 local groups working to protect Australia’s natural, cultural and agricultural resources from inappropriate mining.

Boudicca Cerese from Lock the Gate said industrial scale gas fracking was being pushed on unwilling landholders and communities who were denied the right to veto fracking on private lands.

“Fracking projects do not deliver the benefits to local communities that the industry claims, and there are many communities in Australia and the US that have learnt this the hard way,” she said.

“The profits from the big companies head overseas, while local communities are left with the inevitable problems, including air and water pollution and serious health impacts.

“Instead of pursuing a short term, destructive fracking industry, we should be focusing on developing long term, sustainable jobs in a diverse range of industries.”

Micklo Corpus, a Yawuru Traditional Owner from Broome, has been camped at Buru Energy’s fracking sites in the Kimberley since September 2014.

He said 96% of Yarwuru people voted last year against fracking on their land.

“We don’t want Buru Energy to frack our country. We rely on clean water, and we have a responsibility to keep our country healthy and that means doing everything we can to protect our traditional lands,” Mr Corpus said.

Mango and melon farmer Rod Copeland lives in Irwin, where his farm has been targeted by gas company AWE.

“The Irwin community is ground zero for the fracking industry in WA and we know what the impacts of this industry are first-hand,” he said.

“It is important to know we are not alone in this fight, and that communities across metro and regional WA are working together to prevent this threat from becoming a reality.”

Jo Franklin from the Frack Free Midwest Gascoyne Alliance said farmers and landholders across the region were locking their gates against gas fracking, despite the attempts by the State Government to push this unwanted industry in the Midwest.

“A number of large communities have made ‘gasfield-free’ declarations and even local councils are supporting efforts to protect communities, groundwater and farmland from the fracking industry,” she said.

The campaign was launched on the back of research which shows that the majority of West Australians surveyed were opposed to fracking.

“The survey also showed that up to a third of people who had a negative view of fracking said a political party’s policy on fracking would influence their vote at the next election.

The FFF campaign is calling on the State Government to follow the lead of Victoria and Tasmania and place a moratorium on fracking in WA.