The Conservation Council of WA is encouraging the public to make submissions to the WA Fracking Inquiry, following today’s release of a Background and Issues Paper which identifies serious environmental, social, economic, and health risks associated with the gas fracking industry.

The WA Fracking Inquiry was established by the McGowan Government as an election commitment which also included a statewide moratorium on fracking while the inquiry is underway; a permanent ban on fracking in the South West, Perth, and Swan Valley; and new powers for Traditional Owners to veto fracking on Aboriginal Lands.

CCWA Director Piers Verstegen said, “For the thousands of people across WA who want to see a permanent ban on fracking extended across the rest of the state, now is an important time to have our say.

“The Background Paper released by the Inquiry acknowledges that fracking has serious and significant risks, including: 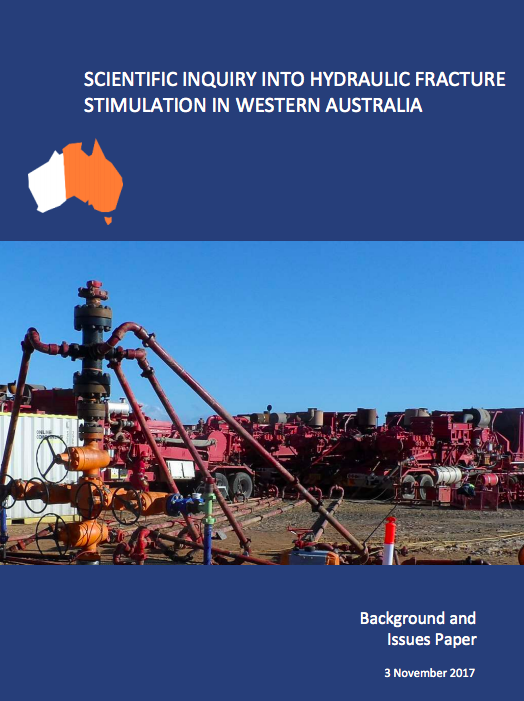 “While acknowledging these risks is a good start, other parts of the

Background Paper provide cause for concern with some sections reading like a public relations document for WA’s current regulatory settings for petroleum development.

“A fundamental lack of confidence in current regulatory settings from all parts of the community - including alarm at the lack of environmental protection, the lack of transparency, and the issuing of fracking exploration permits across vast areas of the state without community consultation - is precisely what led to this Inquiry being initiated.

“In order to be credible, the WA Fracking Inquiry must be genuinely independent of agencies which have been promoting and regulating the fracking industry, however parts of the Background Paper bring that independence into question.

“Other concerning statements in the Background Paper include on page 1:

“This is incorrect. Fracking exploration leases have been issued over vast parts of the state including the Kimberley, Carnarvon Basin, Mid West, Swan Valley, and South West - which have never been the subject of petroleum development.

“The Background Paper also states on page 2 that the Inquiry will not investigate:

the comparative impacts of oil and gas versus other energy sources

“However the environmental impacts of different energy supply options and choices are clearly within the scope of the Environmental Protection Act, the legislative framework guiding the inquiry, and should be considered.”

The Inquiry is seeking submissions from people who have information or perspectives on the risks of fracking, but also, importantly to help the inquiry gain:

“We encourage anyone who likes to eat clean local produce or drink clean water, anyone who works in tourism, agriculture, or other industries affected by fracking, and anyone and who loves the natural and cultural heritage of our beautiful state to make a submission to the inquiry”, said Mr Verstegen.

“Thousands of Western Australians have already made it clear that they want to see a Frack Free Future on the understanding that fracking in any part of WA is not compatible with the protection of our environment, climate, health, and water.

“We encourage as many people as possible to voice their concerns and describe the values they want to see protected to the WA Fracking Inquiry.

“We also echo the call by many people for the Fracking Inquiry to broaden its Terms of Reference, and to ensure that it is genuinely independent of existing government policy which does not have the confidence of Western Australians,” concluded Mr Verstegen.